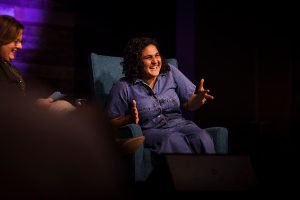 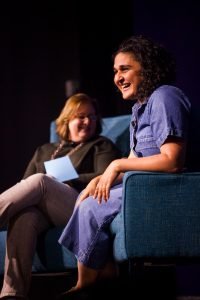 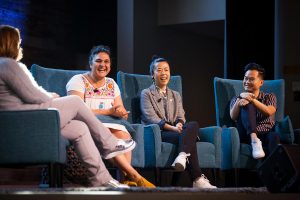 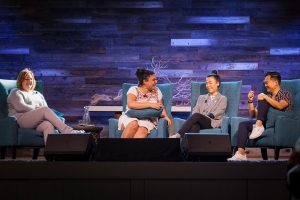 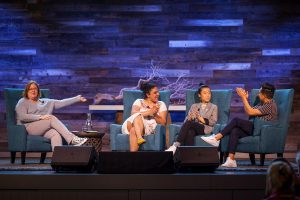 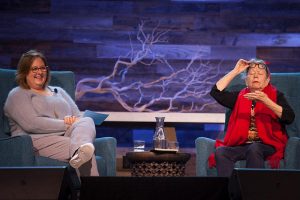 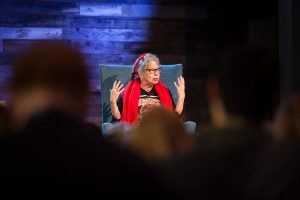 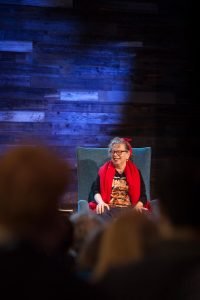 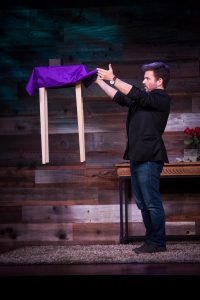 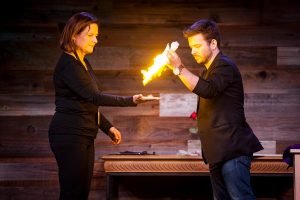 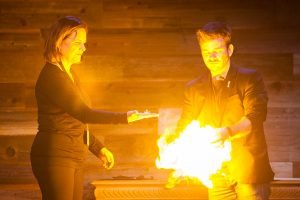 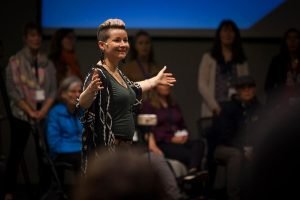 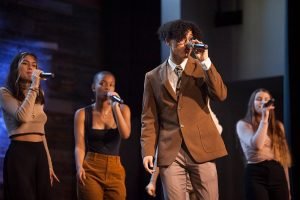 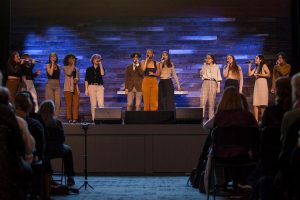 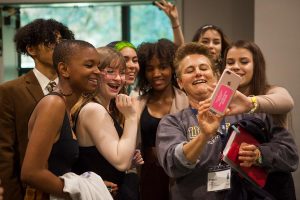 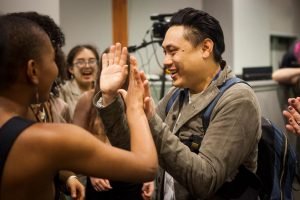 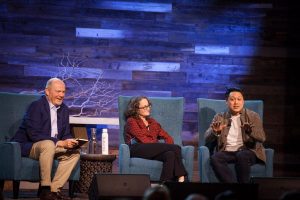 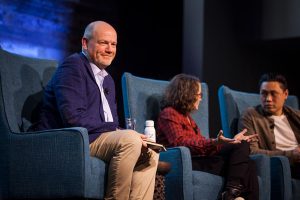 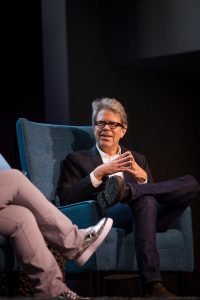 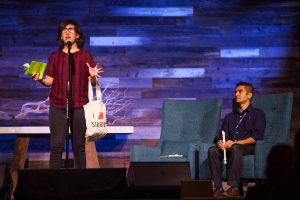 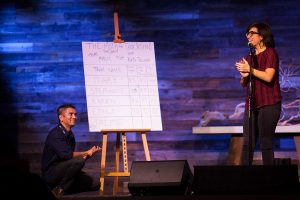 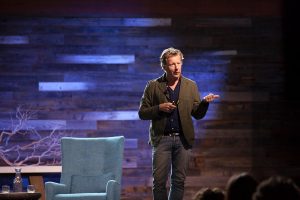 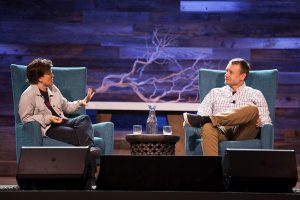 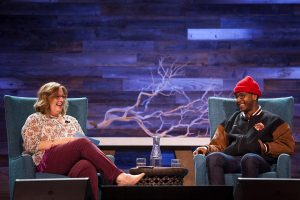 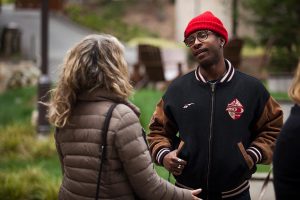 The Box Sessions™ are a series of gatherings, organized by Sant Epernay, LLC, which celebrate community and cultivate creativity in a variety of artistic fields. The inaugural event was held in February 2020 and featured Samin Nosrat, star of the Netflix hit Salt Fat Acid Heat; Jon M. Chu, director of Crazy Rich Asians and In The Heights; Lynda Barry, an artist and recipient of a MacArthur “genius grant” Fellowship; Jonathan Franzen, author and National Book Award winner; The Moth; Domee Shi, who won an Oscar for her film Bao; Nina Jacobson, award-winning producer of Crazy Rich Asians and the Hunger Games; writer and illustrator Jonny Sun; actor and storyteller Jimmie Fails; and Alec Berg, creator of HBO’s Barry and a director and writer for Silicon Valley and Seinfeld.

It was more than a weekend of inspiring speakers. Lynda Barry taught a drawing workshop and The Moth taught storytelling and hosted a StorySLAM. There was even a magician! Guest moderators included Mark Thompson, former chief executive of The New York Times and Kara Swisher, host of the Pivot podcasts and founder of the Code technology conference.

Scroll down to listen to interviews with Laura and her guests.

The response to the first Box Sessions was overwhelmingly positive. Attendees were asked to fill out a survey and 95 percent said they would attend another Box Sessions. Here are some of their comments about Laura and her guest speakers:

“I loved the variety of the speakers - coming from so many disciplines and backgrounds. It was refreshing to get such a diverse group. Loved all of the personal stories and vulnerable/openness of the speakers.”
“I'm trying to prioritize connecting with other creative people higher in my daily life. I did not realize how essential community is for creativity until I saw the way it functioned for each of the inspiring guests.”
“Their messages about (a) feeling like failures or (b) following an unknown / unconventional path (or both) were heartening. We can’t hear these enough.”
“I don't think of myself as creative, I'm an ops person. They all showed me I am creative. They inspired me.”
“I really like how you centered people of color on stage.”
“Thank you, Laura, for your incredible vision and creation. You are a gift to the world!”

More about The Box Sessions, right in your inbox.

Jon M. Chu, the director of Crazy Rich Asians and In the Heights, took on Lin-Manuel Miranda’s Broadway musical and stopped by to discuss what it was like working with Miranda. “I was always taught America is the greatest place and you can do anything if you work hard and love what you do,” he said.

Samin Nosrat, the best-selling author and star of the Netflix series, Salt Fat Acid Heat said curiosity fueled her love of travel and gardening. “The greatest joy is sort of, just, being incredibly curious,” she said.  “I’m not only curious about the world, but I’m also really nosy.”

Jonathan Franzen, the bestselling novelist who wrote The Corrections and Crossroads, talked about how listening to family fights as a young boy informed his writing. “Some of those lines went verbatim I think, particularly, into The Corrections,” he said. Indeed drama is a writer’s friend. “Without conflict it’s kind of hard to get a story going,” he said.

Domee Shi, who won an Oscar for Pixar’s Bao, said people should believe in their weirdness. Shi’s whimsical Bao was loosely based on her experiences growing up in the Chinese community in Toronto. “The more unique and the more true to yourself you are, the more of a chance you get to shine,” said Pixar’s first female director.

Nina Jacobson, who produced Crazy Rich Asians, the Hunger Games, Pose and the American Crime Story series, talked with director Jon M. Chu about what it was like to be creative collaborators in an industry where art and commerce collide. “We can challenge each other,” said Chu, “and there is no lost love in that.”

Kara Swisher is the most feared journalist in technology. Alec Berg is the writer, director and producer behind Silicon Valley, HBO’s look at technology’s ethically lax culture. The two spoke about the making of Silicon Valley and the morally bankrupt entrepreneurs who refused to recognize their own hubris.

Actor and writer Jimmie Fails starred in the Sundance Festival hit, The Last Black Man in San Francisco. He talked about trying to create an artists’ community in San Francisco. “If we focus on the youth and catering to them, then it can help, sort of, combat the tech and all that stuff that is going on,” he said.

Jonny Sun and Domee Shi shared stories about their favorite online communities. Jonny, a screenwriter and author, found friends who helped him cope with his depression and anxiety. “I can admit stuff and be vulnerable, and other people see that and kind of feel the same way,” he said.

Samin Nosrat, the best-selling author and star of Salt Fat Acid Heat, said her dream is to be the next Mr. Rogers. “I can see in my mind the magical world I want to create,” she said. “I can see it in my head.”

Vocal Rush is a five-time national champion a cappella ensemble. Members performed pop hits and gospel hymns, each song an expression of their personal independence and interest in social justice.

Director Jon M. Chu is the voice of a new generation: inclusive, experimental, confident and curious. “If another director can make it, there is no reason for me to be there,” he told Mark Thompson, former chief executive of The New York Times.

Megan Schumann called The Box Sessions a “glorious” exploration of creativity.“If the array of perspectives was a taste of the magic Holson conjures around her dinner table, then find a friend like her.”
Lee Weinstein, Author“Thank goodness we had The Box Sessions right before the pandemic hit. We loved the first morning after Samin Nosrat’s talk. Lynda Barry just rocked our world — she was so funny. ‘Art is resilient,’ as she said. So are we humans.”
Corny Koehl, Chief Content Officer, Agua Media“For decades I have produced for the biggest names in media, specifically in the world of mind-body-spirit. Never had I experienced a weekend event that captures these fundamentals in such an uplifting and entertaining way as I did when I attended The Box Sessions. Like an alchemist, Laura Holson magically mixes style, content, music and soul, resulting in unforgettable experiences, rooted in meaning and connection.”
Mark Thompson, media executive and former chief executive of The New York Times"At The Box Sessions, the creative sparks fly from start to finish. No one is better than Laura Holson at getting creative talent from every discipline into one place to bounce insights and ideas off each other."
Angi Evans, School executive“Without the pandemic crisis, I would be grateful, but now I think of the weekend often, as it was my last ‘normal’ excursion. I often think back to meeting new people and hearing wonderful ideas in a gorgeous location in the Santa Cruz mountains. Thank you for providing me with a great time.”